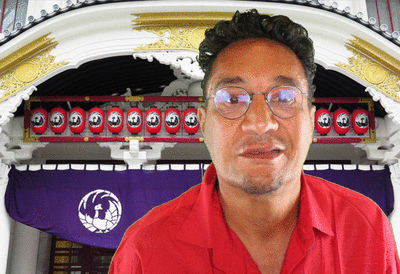 I am a self-taught columnist and author. I have contributed to various media since 2000 (Arab World Institute magazine, Europe 2 radio, La Tribune magazine…) and since 2004, I have been working to create a broadly distributed magazine whose aims are to «decolonize imagination» and to contribute to a better understanding between the various cultures cohabitating in France.

The first issue was released in 2005 and I am the founder. This project has built bridges, helped people meet and has imposed a free and uncomplicated tone, in a society that is multicultural but still unaware of being so. A few years ago, I have left this media, and the printed version does no longer exist.

2008 : I won of the International Organization Ashoka prize in France. This prize supports social entrepreneurs in more than 70 countries.

2009 : The international part of our website got selected by the UN, as part of the «Alliance of civilizations » program, among the most innovative initiatives to create bridges between youngsters all over the world.

At the same time, I was administrator of Acsé (National agency for social cohesion and equal opportunity) from 2006 to 2009.

I was a member of the “Images of diversity” (CNC) commission, from its creation until 2009.

I also had the pleasure of writing texts for choreographic shows (among which Trick Baby in Wip Villette) and for Marie Vanaret’s movies.

I took part in writing a report about « media and diversity », after Yazid Sabeg asked me to. This has had no impact so far although it is still a current issue.

I then helped setting up the National Audiovisual Institute website (Inaglobal.com) about cultural diversity issues and I also contribute to the Aufeminin website where I can I have a little fun !

I published articles for the Terra Nova Think tank. After the president Olivier Ferrand’s invitation, I accepted to join their Advisory board. Six years ago, he passed away unexpectedly.

Still in 2011, I co-wrote three Manifestos on the following topic : Islam and citizenship. Those were published in the French press: front page in Libération and in Le Nouvel Observateur.

My written opinion pieces (tribunes) can be found in media such as Metro, monde.fr, Mediapart, Rue89 or The Huffington Post.

April 2012: Book launch of La France multiculturelle (Multicultural France) by Edgar Morin and Patrick Singaïny (Fayard editions) for which I wrote a postscript.

December 31st 2012: here I am, promoted to Knight of the Legion of Honour.

September 2015: I was a member of the commission « Memory and history of working-class neighborhoods” at Ministry of the City.

2014: Last word to my first novel This is not a love song (You will find two excepts here, in the “Creations” section)

My report on Metis children is published on aufemina.com.

March 6th : Together with Françoise Verges, we organized an international meeting at the European Parliament in Brussels. 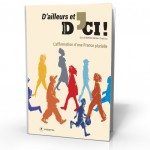 I directed the creation of a MOOC called D’ailleurs et d’ici! L’affirmation d’une France plurielle. The paper version was launched on October 9th, éditions Philippe Rey. This Mooc was to become a beautiful annual magazine, as well as a web media including videos, fiction, plastic arts and comics.

I also got appointed «Grand temoin » (Great witness) at the Council of Europe in front of 600 high school students. 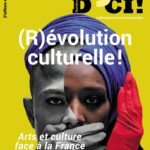 2017 : Via fiction: novel, scenario, time for imagination! My first piece of literature This is not a love Song got purchased by Slot Machine productions (Lars Von Trier, Woman at War, Une femme douce…) in order to adapt it into a film.

I joined the teams of More in Common for a limited mission as a program director.

2018 : I conducted workshops for reflection, writing, expression and history learning in various places. These involved guests such as Pap Ndiaye, Françoise Vergès or Fanny Glissant. The aim : a necessary empowerment of the youth with a minority background or/and living in working-class neighborhoods.

2020 : Finalist for the Senghor Prize for And I want the world.

2021 : Member of the advisory committee of the L’Oréal Foundation.

October 2021 : Reissue of And I Want the World in the Pocket Book. 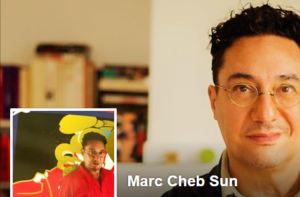